The Houston Caribbean Film Festival (HCFF) is produced by The Caribbean American Heritage Foundation of Texas, a 501(c)(3) non-profit organization.  We are dedicated to Embracing and Promoting The Lush Caribbean Culture Through The Eye of The Director’s Lens. Our mission is to promote, support, increase and heighten interest and awareness of Caribbean films, filmmakers, screen writers, producers and directors in the Caribbean Basin and the Diaspora year-round, focusing particularly in June, National Caribbean American Heritage Month. 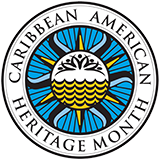 During the HCFF, June of every year, we endeavor to provide our audiences films which highlight the rich Caribbean Culture: our customs, our beliefs, our stories, our history!   The Festival will provide opportunities for our diverse audiences to not only to screen several films from many Caribbean nations, but to also interact with the film makers, producers, writers and directors in a series of Meet-and-Greets, and interviews throughout the Greater Houston Area.  It is our hope that through The Houston Caribbean Film Festival, we will foster greater understanding and support of our history, make positive contributions to the Arts and to our society, while sharing the Caribbean’s distinctive charms and unique historical and modern perspectives through the artistic eyes of our humble filmmakers.