Kingston Crossroads - An exciting and intimate journey through one of the world’s most diverse and controversial cities. Kingston, the capital of Jamaica. Very closely the documentary follows moving life stories. Different generations, roots music, repatriation to Africa, globalization, poverty and a positive sight.   A snapshot of Jamaicans current situation and society in a globalized world, told by Jamaicans. 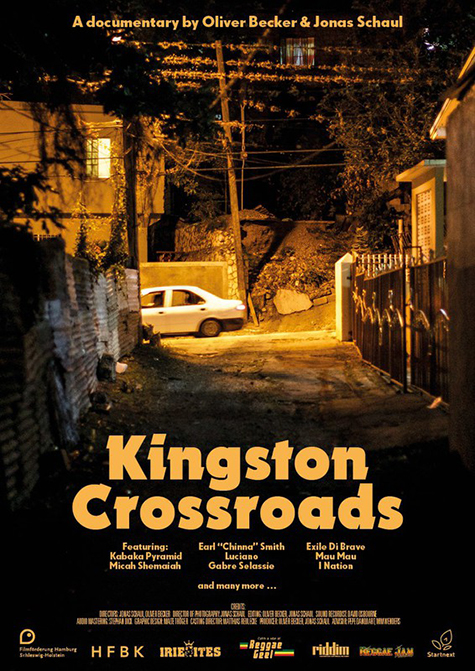 Oliver Becker studied ethnology and cultural anthropology with a focus on visual anthropology (film and photography as research method) at the university of Goettingen, Germany.

Jonas Schaul studied film at the University of Fine Arts in Hamburg. Mentoring professors were Pepe Danquart and Wim Wenders. He realized several own projects, among them a long-term documentary shot in Guinea and Germany about West-African migrants in Germany, a film about the struggle of endangered subculture-clubs in Hamburg and the documentary 'Kingston Crossroads'. He works for different film, cinema and television productions. Content of his films are mostly social, political, cultural topics.